The process where a gas or liquid change its temperature when it is forced through anexpansion valve or capillary tube in an insulated system where no ambient heat transfer. At STP (standard temperature and pressure) , all gases cool upon expansion by the Joule–Thomson process with the exception helium, neon and hydrogen gases.

Refrigeration basic principle applies on all system whether it's the smallest water cooler to largest walk-in freezer that ever built. Freon gas or the refrigerant absorbs heat inside the area to be cooled in the evaporator unit and transfers that heat to the refrigerator's condenser at exterior .

The Refrigeration basic principle is that with the aid of a heat pump, the refrigerant is being compressed to the condenser and capillary tube thus increasing its temperature (50-60°C) and pressure (750 kPa) in the refrigerator being cooled down by the condensing unit to 32°C depending the existing ambient temperature. Upon entering the evaporator unit the gas expanded and vaporized due to sudden enlargement of the evaporator tube cross-section eventually dropping its pressure to almost atmospheric value (120 kPa) and temperature from 32°C to -24°C. Heat absorption takes place from the evaporator and being pump-out by a heat pump to the condenser where being transformed from cool vapour to liquid state with higher temperature and pressure thus completing the heat transfer cycle.

Theoretically, after the cycle the amount of refrigerant will remain contained in the system. When leakage occurs in the closed circuit then efficiency of the refrigerator will gradually diminished till it stops cooling. By then, it requires servicing to be done by a qualified technician to locate its leakage or parts that are not functioning properly. 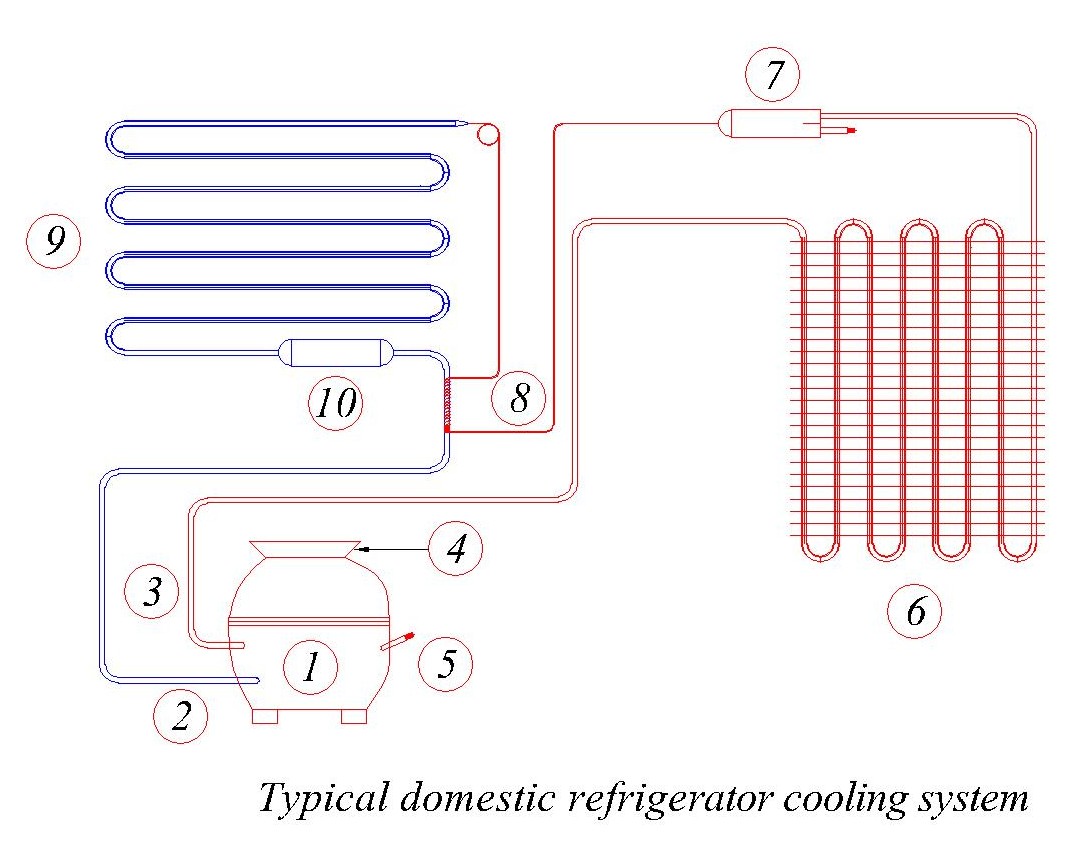 The Art of Refrigeration